Welcome to the Tiadaghton Audubon Society of Tioga and Potter Counties. Our chapter was founded in 1906 with 23 members, making it the oldest chapter in the state. The Tiadaghton name was selected in 1953, and in 1972 the chapter was officially chartered. To contact us, please use the Facebook link below left. (Photo: Scarlet tanager photographed near Hills Creek State Park here in Tioga County)

Mobile Technologies and the Evolution of Bird ID

Why do I write about this topic?  Because bird identification has changed so drastically in my lifetime and deserves some comment, as well as some prediction as to where it is going.  I now have in my hand a device, smaller than my hand, that when a button is pushed, it detects, identifies, and shows a picture of every bird singing or vocalizing within several hundred yards of my location.  I have tested it (the “app” is called Merlin, named after a small but fast North American falcon) on the big marsh near my home in Wellsboro PA, where I have recorded every bird species that has visited or lives there over the past 3 decades.  This thing is accurate and reliable, though not without some error, as in humans.  The scientific basis for this phenomenal ability has been known and available over all of my lifetime: sound spectrograms, graphs of frequency in Hertz versus time in milliseconds, for any recorded sound.  Merlin runs these spectrograms across the top of its display while recording sounds (see photo).  I used a parabolic dish and recording device to capture bird sounds for my own undergraduate work and thesis on bird communication in college.  I had micrographs of those sounds printed off with the help of a researcher/professor whom I visited at the University of Buffalo over 5 decades ago.  But the young researchers and “techies,” who only recently saw the power of applying this technology to a burgeoning interest in birds and competitive birding, are nothing less than revolutionaries.

When I was young and became interested in birds, the technological tools available at the time were: a pair of binoculars with high-quality lens’, perhaps a spotting scope, and a Roger Tory Peterson comprehensive bird field guide.  That was it, except maybe for a notepad and pencil.  My generation learned birds the hard way: hiking into good wild habitat, listening for a target species, focusing binoculars on rapidly moving, often small, songbirds in the canopy or distant forest floor, enduring endless insect bites to get that diagnostic color pattern or behavior, then comparing what was observed to what was pictured or written in the field guide.  After a dozen mosquito bites you didn’t forget that image and the identity it proved!  With further observation over the years the bird’s song and call notes were learned and not forgotten either, especially for young people in zealous pursuit of this body of knowledge and skill.

Why was “bird watching” or “birding” so engaging?  Partly because “listing” (or “ticking” as the Brits would say) became a competitive game, I believe.  How about a peaceful pastime?  Outdoor recreation?  A way to impress a buddy or teacher?  A rewarding social activity with like-minded people?  A step toward a career?  For me, it was probably all the above.

But now so many have taken up the sport, I believe, simply because of the high-tech nature of “apps” easily downloaded onto one’s pocket phone.  Apps such as eBird, a leading citizen-science program where anyone can contribute to our understanding of bird distribution and thereby bird conservation, lead the way.  Since then a number of apps, such as Merlin described above, have emerged, each going a step further to assist beginning birders or to add scientific understanding of bird sounds, color patterns, and global distribution.  eBird (www.eBird.org) alone has a user base that contributes >100 million observations to their database annually with a growth rate of 20%/year and has spread to nearly every country in the world.  What conservation potential!  eBird is the brainchild of young scientists and technologists at the Cornell Lab of Ornithology just 2 hours away from my summer home in PA!  Of course folks at firms in Silicon Valley and many other tech centers across the nation played important roles in its development as well.

So where is this technology going?  I don’t know.  Predictions are hard to make, especially about the future, as Yogi Berra once said.  But here’s a scenario I can imagine, spreading like a corona virus variant to a different set of interests and users, one which uses a hypothetical app called T-Bird:

[JR and friend Gino in the car]  “Hey JR, what do you say we cruise on out to The Bell for a burger and some fries?  I’m hungry.

Oh, why not, things are a little slow right now…nothing but the usual Corollas, Cherokees, and Silverados out there.  Yesterday I had a ’71 Datsun 521 pickup down on State Street, but nothing great since then.

Wow, those aluminum engines are still running after all these years?  Great find!

JR, wait a minute…T-Bird just picked up a Gran Torino, only a half mile west of here!!!

Posted by Tiadaghton Audubon Society at 11:12 AM No comments:

Our annual spring bird walks at Hills Creek State Park will resume this year on Saturday,  April 2 and will continue every Saturday through April and May at 8:00 AM. Meet at the park office. Walks are free, and birders of all levels and ages are welcome. Be sure to wear sturdy shoes and dress warmly -- the weather can be very blustery, especially in April. April walks usually feature waterfowl out on the lake and raptors such as bald eagles and ospreys flying over head. Later in May more land birds will start to arrive, and we will see a colorful assortment of warblers, vireos, orioles, etc.  Good binoculars are available for loan if you don't have any. 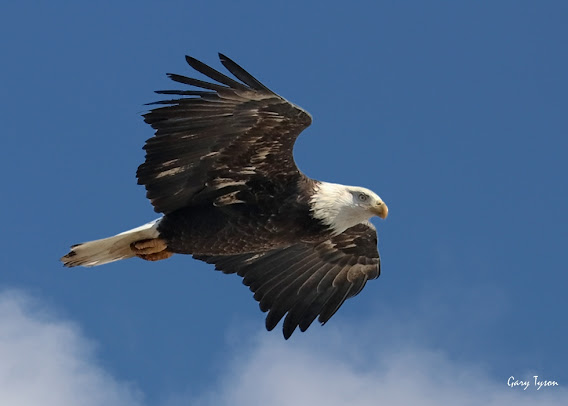 Posted by Tiadaghton Audubon Society at 8:32 AM No comments:

Order now and pick up on Friday April 29, 2022 at the Tioga County Conservation District 2022 Tree Sale at 1869 Shumway Hill Road, Wellsboro PA 16901 between 8AM and 5PM or we can arrange another time and pickup place. To order contact TAS at tasmember@yahoo.com or message us on Facebook.com/TiadaghtonAudubon/. Payment by cash or checks made out to “TAS”, sorry no Credit Cards.
All boxes are stained. 5% discount for order of 3-6 boxes and 10% on orders of 7 or more. Note all boxes are crafted to last for multiple seasons made out of 1 to 1 1/8 -inch-thick Hemlock. All proceeds are used to support educational actives in our local area.
Posted by Tiadaghton Audubon Society at 8:10 AM No comments:

Presentations to Resume on September 25th

The Tiadaghton Audubon Society will resume its presentations on environmental topics and outdoor activities with a program on Saturday, September 25th, at 3:30 at the amphitheater by the nature/visitors center at Hills Creek State park. The program will be on creating a back yard bird-and-pollinator-friendly garden focused on native plantings. Although the program will take place outdoors, DCNR urges park visitors "to do their part to make the experience healthy and enjoyable for themselves and others by following COVID-19 mitigation guidelines, including practicing social distancing, avoiding crowds, and wearing a mask when they encounter other people."
Posted by Tiadaghton Audubon Society at 2:24 PM No comments:

The good news is there will be a Christmas Bird Count this season in Tioga County. The Cowanesque circle count will take place on December 19, and the Mansfield-Wellsboro count will take place on January 1, as in the past. The bad news is that because of the covid-19 situation, there will be no annual luncheon for the counters. We will contact last year's participants to work out assignments. Because of covid social-distancing rules, some of last year's teams may have to be broken up, so it may take some time to get everything coordinated. As you know, these are difficult times, and we do appreciate everyone's concern and cooperation.

Posted by Tiadaghton Audubon Society at 9:06 AM No comments:

Serving Tioga and Potter Counties since 1906 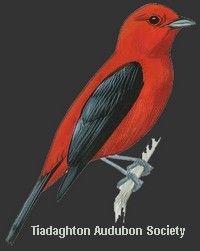